We figured, "what have we got to lose?"

There's no pressure on US, also known as the crew from the top orange county casino party company in SoCal, Aces Casino Entertainment.... We've never suffered defeat at the hands of our own football prognostication.  (Ed. Note:  You've never TRIED to pick anything. or any games.  You're zero-and-zero.)

Well, today, we break that streak of "no picks."  Here are our selections for both the AFC and NFC Championship Games, to be played this Sunday, starting at Noon, with the Los Angeles Rams traveling to New Orleans, to take on the #1 seed Saints, at the Superdome.

Analysis -- We're glad to see the Rams get their rushing mojo back against the Dallas Cowboys last weekend, to the tune of 273 yards on the ground.  They'll need to be able to run on the Saints to open up Sean McVay's playbook, and control the line of scrimmage.  On the other hand, the Saints have lost a little bit of the luster off of their deep passing portion of their playbook.  Ted Ginn returns to the Saints' lineup after being out for two months - That may help stretch the L.A. defense, but we're convinced that the Rams know how to beat New Orleans, and their raucus fan base.  Give us the Rammies, plus the three.

Analysis -- This is an easy one, like picking our orange county casino night party company to perform at your next fundraiser....Tom Brady and Bill Belichick vs. Patrick Mahomes and Andy Reid.  Who would YOU take?  Looking at the schedules of the two teams, we found out some interesting things.  In 2018, the Patriots BEAT the Bears, they BEAT the Colts, they BEAT the Chiefs, lost to the Steelers, and they BEAT the Chargers, four of the five best teams on their sched.  4-and-1 against the teams that got their attention.  The Chiefs?  They lost to the Rams, they lost to the Patriots, they beat the Steelers, they went 1-and-1 vs. the Chargers, and they beat the Colts.  (3-and-3.)  The Patriots looked as good last week against the Chargers then I've ever seen them in a LOOONG time.  They've got the smarter coaching staff, and the seasoned QB.  If the time of possession runs 35/25 NE, it's over.  The weather?  Not much of a factor, the Pats live in the winter snow.  Pats by 13.

Well, that's it, from the best orange county casino party on the west coast -- Aces Casino Entertainment.  Come on back new week, as we chronicle the amazing Super Bowl run that our "team" of NFL game pickers" have been on, since our inception back in 1994.  See you next week! 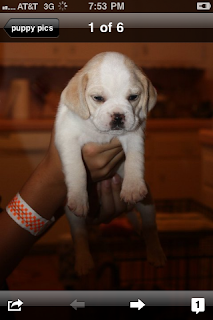 Even at two weeks old, I had that look of a champion.