Aces Casino Entertainment (Also known as the top orange county casino party company in southern California) has always prided itself on being the one company to turn to in order to find out what new casino games might be coming to a gaming establishment near you.  Hey, who DOESN'T love to check out the newest games?

Some time ago, it was determined by the powers that be that run this crazy orange county casino night party company that it should be the ol' Aces Casino Blog that does the honors in passing along the info you all were looking for.  So, to that end, it's time to begin our month-long game trainer series, with a twist - Our wildly popular "New Casino Games For 2017" series!

Last time out on the Aces Casino Blog, It was Scott Roeben's post on his Uber-Popular "Vital Vegas" blog and podcast thaty showed us the in's and outs of a game called "Street Dice."  Next up, we go back to"The Wizard Of Odds" for his take on our VERY last entrant in the "Aces Casino Blog New Casino Games Of 2017" --   It's a game that we here at Aces Casino Entertainment call a "highly addictive" game -- Let's take a peek at "Mississippi Stud!" 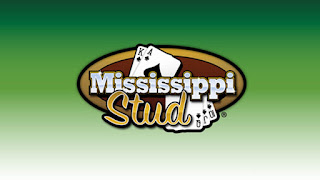 Use This Link to Try Out "Mississippi Stud!"

Here's hoping that you enjoyed out look at Mississippi Stud Poker.  That's all for now on the "Blog" today, my "Irreverent Blog fans."  We're back with our usual "news" on Thursday, but here's a peek at coming attractions.... Starting in September, get ready for the Aces Casino Blog's look at some alternate endings to some of the best films of the past!

Also -- There's been a lot of buzz around these Aces Casino offices for the last two months, as that kooky casino party crew has been filming a sizzle reel that the powers that be might lead to landing a reality TV show on cable.  (Ed. Note: This is what happens when all of our clients tell us that we should be on TV.  What a GREAT idea -- Show America all of the catfights and bloopers that only WE know about, to this point.)  When we get ahold of the final copy of this Aces Casino Entertainment "sizzle reel," we'll post it.  That'll be fun.  Have a good week -- Out!
Posted by Aces Casino at 12:30 AM