The Aces Casino Blog: It's Not Every Day That You See Something Never Seen Before... Until Now! 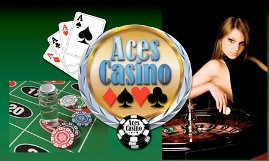 Here at Aces Casino, A.K.A. the top orange county casino party company on the West Coast, we've always had a soft spot in our heart for that next big thing hitting the silver screen -- Movies from the Marvel and D.C. Cinematic Universe.  (Ed. Note: Hold the phone, Universal - Let's see that Mummy film, first, before we jump in whole hog with YOUR answer.)

So, to that end, we took some of our esteemed orange county casino night party crew to the movies last week, sand caught the latest super-hero film, "Wonder Woman."  Oh, yeah, me like.  GREAT film, we here at Aces Casino, A.K.A. the frustrated TV game show contestants and lover of films, give it ten thumbs up.

Then, after seeing this terrific film, someone mentioned something that they wished would have made an appearance in the film - Wonder Woman's invisible plane.  This lil' tidbit of info immediately started a firestorm of "Who's Line Is It, Anyway?" -- cacophony of one-liners.  You know the drill, things like, "hey, if it's invisible, how does she find it?"

And THAT'S when one of our assistant leads spoke up and said, "would you like to see the plane?  Got a picture of it, right here."  Well, anyone that knows our zany crew knows that the team couldn't resist.  "Where?  Let's see it!"

And that brings us to our "Comic Book Tidbit Of The Week," my friends.  You know we're posting THAT picture.  Fasten your seat belts, because here is the first picture I've ever seen of Wonder Woman's Invisible Plane, courtesy of the crack staff at Aces Casino....

Not surprising, SuperDude doesn't trust it.  "Lady Driver, Buckle Up."

Just another milestone in the ongoing "The Aces Casino Blog" saga, following our motto, "We don't break the news - We just sprain it."  (Ed. Note:  Where do you put the gas?)

That's it for today, friends... We posted the Blog on Wednesday, because we're busy-busy on Thursday.  We should be back on Monday, barring any mishaps while seeing "The Mummy."  Just a reminder - June events are discounted 30% for the entire month!  If you're looking for a small party for a birthday, grad night, whatever, give us a call!  We want YOUR event!  Take care, we'll see you next week!