The Aces Casino Blog July 4th "Blast From The Past:" 4 Words That Strike Fear Into The Hearts Of The Aces Dealer Team -- "I've Got This System..."

(Ed. Note: As you can imagine, our Aces Casino Blog team - and everyone else that works with the top orange county casino night party company on the west coast - wishes all of our friends, staff, clients and families a happy, safe and sane July 4th..  Please remember and keep in your prayers all of our incredible veterans, servicemen and women on this day, and all those that follow in their footsteps.  Thank you all for your service.  We're back on Thursday.)

Picture another typical Orange County casino party hosted by Aces Casino -- It's the weekend, time for another huge fundraiser in South Orange County.  Hosting this particular evening is Children's Hospital of Orange County (CHOC), one of the top organizations in the southern California area when it's time to raise funds for one of the many needy charities that they support.

The high-octane din of a fully entertained crowd here to take in this special event is matched by the clicking of fake casino chips in the background.  Everybody's having a wonderful time, especially the staff here at Aces Casino.... We love seeing another one of the many organizations that we serve on a yearly basis fulfilling their fundraising needs with a spectacular Orange County casino night.

Then, just like casino clockwork, IT happens.  AGAIN.  Just like it does at virtually EVERY Orange County casino night we put on for our clients.

While standing at the Roulette table and discussing the current plight of our totally destroyed NCAA College Basketball Tourney brackets with one of our top Roulette dealers, a well-dressed man walks up to the table and says it.

"Hi, guys!  I'm here to play some Roulette, and I'm here on a mission.  You see, I've got this system that I've been working on in order to prove that this game is mathematically beatable...."

"Stop right there, my friend,"  I tell the well-dressed gentleman.  "Such a system does not exist, but you're more than welcome to try it out.  This is the perfect way to test ANY system that a gaming enthusiast comes up with, to give it a true test without actually wagering any real money."  (I wish I had $5 for every time I've repeated that dopey phrase at an Aces Casino event.  I'd be sipping Pina Coladas on that private island that Disney bought for their luxury cruise lines that frequently visit the Bahamas, and taking in the sights.  Sip-Sip.)

Undaunted, the Well-dressed event attendee plunks down two $100-fake-chips, and receives his fake Roulette chip change.  He's ready to test his 'system.'  "OK, here goes," he tells us, and he begins to place chips in certain spots on the board.

"I'll tell you what," I say to him.  (His name was Kevin.)  "Kevin, you currently have 40 red-striped chips in front of you.  If you can last 20 minutes at this table betting your system without fail, and still have ANY of the $200 in chips you started with, I'll make a $50 donation to the OCSD's charity that benefits from tonight's fundraiser.  But, if you were to LOSE your initial stake before the 20 minutes expires, YOU can make a donation of any size you wish to the same charity.  You game?"

And, 13 minutes later, Kevin was off to the registration table, in order to make the agreed-upon charitable donation to CHOC Hospital of Orange County.  (Ed. Note: I actually attended this event.  He actually couldn't lose.  I made my donation later, anyway.  I always do, but, I digress.)

That's when Scott Percifield, the Roulette dealer for the OCSD event, turned to me and said, "there goes another system player.  How many in a row is that?"

"I dunno, but better for Kevin to find out at our fake game table that his system may be a bit flawed, than to test it out on the REAL ones in Las Vegas, my friend," I respond.  "And, it's also good for CHOC Hospital."


What we did to our latest batch of systems players.

And herein lies the tale, my friends.  You wouldn't BELIEVE how many times we run into the dreaded "system players" at our event; players that feel they've properly tested their lil' system online, and wish to try it it a pseudo-realistic casino environment for the first time to give it the true acid-test it deserves. And, what better place to try this system out than our very own Orange County casino party venue?

We've been lucky enough to keep an un-scientific chart at our Aces Casino offices as to just how many times we've run into system players at our tables over the last 17+ years.  Our loosely-based count sits at 1105 players that have tested "systems" as we write this drivel.  Our record vs. these "system players?"

And, of those nine losses, six of them should be thrown out of the model.

-- Two Blackjack card-counting teams were found to be cheating, by passing cards to each other during their 20-minute test;

-- One Roulette gal bet her entire wad on red for the last spin of the test, deviating from her 'system;'

-- One Pai-Gow Poker player borrowed chips from another player during his testing;

-- And not one, but TWO Craps system players stopped their test with more than five minutes remaining, when they were up by $5 or less.

So, THREE winners in over 1100 tests.  Now we know why the Vegas hotels are so tall.

Bruce Willis was trying a "system" during one of our biggest private parties aboard the Queen Mary at this Hollywood "Wrap" Party.  The Blackjack table he was playing at ended up being thrown over the side.  He's one of the 1,096.

Seems like EVERYONE has a system.  Just not a good one.  So, we here at Aces Casino have decided to take the initiative, and try to debunk the three biggest wastes of time when it comes to "systems" that players try at our full-sized, beautiful casino tables. Hey, we LOVE systems.  just not THESE three, in reverse order, that seem to pop up more than the rest...

It's just so easy to understand... Even the novice Craps player can understand this bet, one we like to call a "one-roll proposition."  That means, on the very next roll of the dice, we'll have the winner (or the loser) when it comes to the Field bet.  If one of the previously mentioned numbers showing in the Field box is rolled, you're a winner.  (If 2 or 12 is rolled, the Field bet pays double.)  If 5-6-7-or 8 comes up, the Field bet loses.

Yep...Unfortunately, we're talking about a used-car lot that uses dice when it comes to the Field bet.  On a used-car lot, you can ask to see the "CarFax."  We suggest that when you consider making a Field bet, that you first check out the "CrapsFax."  If you HAD, you'd find out one very interesting fact about the Field bet: Every time you place a Field bet on a Craps table, the house edge against the player is a whopping 5.59%.

Compare that with the traditional basic Craps system that suggests that you play the pass line and take full odds on any point number created to try to get the best of it (only a 1.12% house edge), and you can see why we like to compare the Field bet in Craps to watching The "Teletubbies" on TV; Just because it's easy to understand doesn't mean it's any good.

Sorry, Tinky-Winky.  We suggest you steer clear of the Field bet (AND The Teletubbies).  Either way you look at it, there are better places to put your money, like odds bets and "Transformers."  (Ya gotta admit, Transformers are cool.)

We see this one all the time at Aces Casino.  The number of consecutive spins may be different, but the flawed theory remains the same.  "Wow, ANOTHER black number.  That's NINE in a ROW.  A red number is due!  Bet it all on Red!" 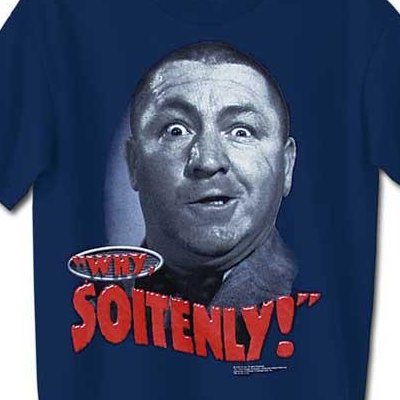 "Soitenly, the next one's GOTTA be RED!"

Sorry to be the bearer of bad news, my casino party friends, but the Roulette wheel and the ball that falls into a slot in the wheel have no idea that they've now landed on 10 straight black numbers.  The odds of a red number coming up on a traditional 38-spot Roulette wheel don't change because of the previous 10 spins.  The odds are just like always.  18/38.

Forget Faux-Casino Parties.   We've seen people in LAS VEGAS betting this same way, thinking the other color is "due."  Why else do you think the casinos added those "Roulette previous spins" tote boards, that show the last X-number of results?  They did it to bring in those "system players" that think the other color is "due."  Nothin' is due but the rent, my friends.  18-out-of-38.  Same odds, spin after spin.  Don't be fooled.

This one is the all-time champion of flawed systems.  Time after time, we'll see players try this.  Simply put, the Martingale System states that, should you lose your original bet, just double up the next time.  lose again? double up again.  You're DUE to win one eventually, and that way, you'll break even+ one bet when you DO win.

Flaws are all OVER this "system."

The biggest flaw when it comes to the Martingale is when the losses mount so much that you've hit the maximum bet amount at the table.  You can't continue the double-up system.  The bets are over the maximum.  THEN what?  Uhhh, BOOM, is what. 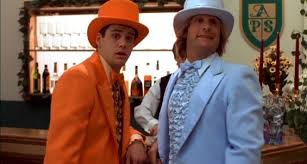 THESE guys were Martingale system players.

I know, it sounds like you'd NEVER hit the maximum table limit on a regulation casino Blackjack table.  You can...either that, or you're going to be faced with seven losses in a row at a $20 table, and will need to bet a whopping $1280 on your next hand of Blackjack just to try to get EVEN.  Try and place a $1000 + bet on a Blackjack table, my friends.  It'll give your knees the shakin' of their lives.  oh, and lose THAT hand, and your next bet is over $2500.  Pass-a-dena on the Martingale, my friends.  It sounds good, but it's a killer.

(Whew) Well, that's all for the top 3 flawed betting systems....

Not convinced yet?  Hey... Just come on down to the next Orange County casino party that Aces Casino is hosting in your area, and give that Martingale system another try.  We can use another 'statistic' on our dry-erase board.  Care to make it 1,097?
Posted by Aces Casino at 11:09 AM No comments: