The Aces Casino Blog: Casino Entertainment Might Be In Our Name, But Predicting The Winner Of Super Bowl 50 Is Definitely Our Game!

Aces Casino Entertainment has always taken pride in our standing as the top orange county casino night party company in southern California, and has always taken strides to continue as the #1 source for new and different ways to stay on the cutting edge in the casino entertainment industry.  However, each and every January, another source of pride creeps back into the conscience of our super casino party staff.....

Yes, it's true, Aces Casino Entertainment has a lot of staff members that support a bevy of different franchises in the National Football League, from the Los Angeles Rams (Ed. Note: There, what he said!), to the Raiders, the Chargers, the Patriots... We've got fans of many teams calling Aces Casino home.

So, back in 1994, before the internet, before Twitter and Facebook, and, as suggested by one of our secretaries, before the signing of the Declaration Of Independence, we started a little Super Bowl Prognostication "service," which used what some might classify as an "unusual" source of knowledge concerning the NFL.  To make a long story short, we select one "entity" each and every year to make the prediction for us.  Hey, when the O. C. Register made us their #1 pick in the category of orange county casino party company and classified us as "professionally irreverent," we knew that there was only one way around here to pick winners.

We started this way back in 1995, for Super Bowl 29, between the 49ers and the Chargers.  We decided that, every year at this time, we would go to Knott's Berry Farm and ask their piano-playing savant, Henny Penny the chicken, to make our pick for us.  We provided thje two helmets for Ms. Penny, and she'd pick for us.  For Super Bowl 29, she immediately picked the 49ers.  BINGO!  One for one.....

We went back again, and again, and again, for a number of years, and each time, Ms. Penny selected the correct team.  Then, because of all the hoopla that our chicken-picker caused over at the Knott's offices, they eliminated Henny Penny and her piano from their theme park, saying they didn't want any part of involvement with the NFL (Bad Idea #1), and that the chicken wasn't making enough money playing the piano to sustain her continued "show."  Bad Idea #2.  Hey, who wouldn't pay 25c to watch a chicken play the piano?  I KNOW IT!  Unbelievable!  (Ed. Note: When you have a world-famous chicken dinner restaurant, you can only imagine what happened to Henny.) 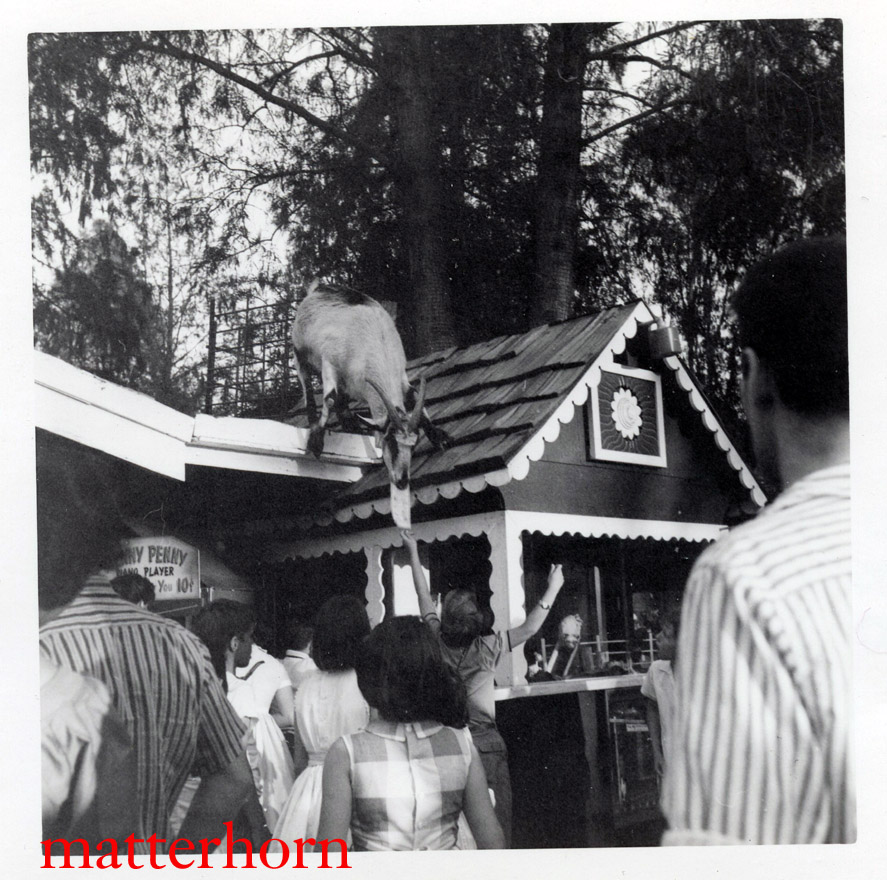 You can see the "Henny Penny" sign on the lower left.  10 cents, back then.

So, when Knott's kicked us out and killed our golden (chicken) goose, we had to find other ways to get our Super Bowl fix.  We've found an elephant that made one pick for us... We've also had at least one horse, a hedgehog, two ducks (Ed. Note: Who, by the way, both agreed on their selection, the only time we've used more than one picker), It's been a wild ride.

But, through it all, one thing remained consistent -- For 20 years, each and every selection made by the official Aces Casino Entertainment "picker" was a winner.  That's twenty in a row.  TWENTY.  Last year, we decided we'd use the family dog, "Honey," as the official selector for SB 49.

One problem.  After numerous attempts to get that stubborn dog to make a pick, she refused on each and every occasion.  We must have tries seven times.  No dice. So, as chronicled with this blog post, for the first time in Aces Casino history, we went dark, and had no selection.

This year, things will be different.

For the record, Here's the link to the January 26, 2014 Aces Casino Blog entry that gave info as to our perfection when it comes to predicting the Super Bowl.  (Ed. Note: It was the hedgehog's turn back then.  He picked Seattle, which I thought was a loser.  That's why I don't make the selection around here.)  So, never fear, you fans of the Aces Casino Super Bowl Selection Show -- For Super Bowl 50, we WILL be supplying our 21st pick to win the Super Bowl.  After an exhausting and lengthy search, we feel we've found the perfect source for our Aces Casino Super Bowl selection...

We're going with the Football Baby! 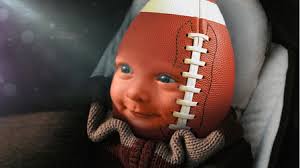 I mean, just LOOK at this kid!  Who else should we go with??

We will be going to the Football Baby on Monday, February 1st, right here on the Aces Casino Blog, home of the top orange county casino party company on the west coast, as we shoot for our 21st consecutive winning Super Bowl selection.  We normally post on Mondays and Thursdays anyway, and there's quite a bit of press coverage with this selection method of ours, so come on back on Feb. 1, and we'll show you who "Football Baby" and Aces Casino selects as the winner of SB 50.  See you then!
Posted by Aces Casino at 12:30 AM