Aces Casino Entertainment in Whittier, California, has been, since their inception in 1994, widely recognized as an Orange county casino party company that prides itself in "being grounded in the numbers."  Now, what THAT means is, the entire staff knows their way around the tables when it comes to the odds; they live and breath the odds of the games.

You can't teach the players the intricacies of these games if you DON'T know where the weaknesses are, and when you're playing with fake, valueless chips, and the clients haven't got the usual financial stake in the outcomes of these games, you had best know your stuff in some other areas.

It's all about instruction, and pure entertainment.    It's the Aces Casino mantra.  When the O. C. Register labeled our award-winning casino night party company as "professionally irreverent," we knew we were where we needed to be; experts in casino games, money management, and game theory.

That's why the next part of our blog entry for today is so tough to write.  It's about superstitions, a part of the gaming life that has NO business being mentioned in the same breath with this knowledgeable staff we've assembled, but hold on to your rabbit's feet, my friends -- All of our cast of characters has one.  Some have MORE than one, and back when Aces Casino was first formed, I was the "leader in the clubhouse" when it comes to admitting my superstitious phobias. When the Idea for "Superstition Digest" came up during an Aces Casino "Bloggers think-tank meeting" a while back, THIS was the first thing that I thought about.

I'm guessing this is the last known photo of Amelia Earhart.  Could be wrong.

Oh, yeah, I had 'em ALL -- The number 13, the black cats, walking under the ladders, you name it, I was a believer.   That's bad enough.... but what's even WORSE than having THIS albatross around my neck -- I'm a fan of the San Diego Chargers of the NFL, one of football's poster children for the perennial also-ran group.  I mean, week after week, you'd do just about ANYTHING to try and help the Chargers maybe' get a big win over a favored opponent in a BIG situation... 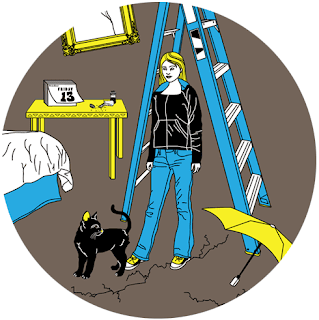 Uhh, yeah, the Chargers would be losin' THIS game.

And, back in January of 1995, just such a big situation came to being for my beloved San Diego Chargers.  It was time to play the 1994 seasons' AFC Championship Game, and the Chargers were traveling to Pittsburgh to take on the home-town Steelers for the right to go to Super Bowl 29, a place that the Chargers had NEVER been.  Boy, when you're a Charger fan, you dare to dream about going to the "big dance."
Alas, the Chargers were about a nine-point underdog going into the game, and had to play IN cold, wet, nasty Pittsburgh in front of what I'd classify as a pro-Steeler crowd.  Dare to dream, I thought to myself, as I called up my buddy in San Diego (We'll call him 'Ben'), who said that I ought to travel down to his home in Charger country so we can watch the game together.  "Bring some beer, chips and dip," he said as he hung up the phone.  And with that, I'm out.

3 hours before kickoff, takes 1.5 hours to get down there.  Plenty of time....It's about a 90-mile drive down to Ben's house, so, we gotta go get gas for the trip.  I have about a half-tank, so I just shove the credit card into the machine, and top off the tank...

Ugh... OK, that's not a good sign, I think to myself, as I replace the nozzle into the gas pump, and go on my way....What do they call that, "triskaidekaphobia," or something like that...Fear of the number 13.  Crap, not today, it's bad enough we have to go to Pittsburgh, but this isn't helping my karmic travels down the interstate-5 freeway...

I'm near the half-way point of my trip, somewhere around San Clemente, when I get a little hungry.  Great, I spot a Jack In The Box fast-food place on the left side of the freeway.  I take the off-ramp, and pull into the parking lot.  You see, I HAVE to pull in - The drive-thru part of this particular Jack In The Box is closed off, due to extensive renovations being done to the place.

I quickly surmise that there's only one way to get in and place the order -- Thru the side door.  And, as things turn out, right above this one entrance, a gigantic ladder is perched directly on top of the door frame.  You literally have to walk under this big ladder to get IN to the place, AND to come out.  Right about now, I'm thinking about getting the bookie on the phone, and betting the Steelers minus the nine points.  This trip is not looking good at ALL....

I order my little Jumbo Jack combo and upsize the drink.  My total cost?  $5.13.  Oh, GREAT, I think to myself... I take my food, walk back under the ladder over the door, and as I get near to my car, I notice this jet-black cat walking around in the parking lot.  Oh, yeah, I'm already convinced that the Steelers are going to absolutely annihilate the Chargers today....

I finally get down to Ben's house, get off the freeway, and find this little Circle-K convenience store right down the street from where I'm going.  I walk in, and grab a six-er of beer, a bag of tortilla chips, and a can of bean dip.

"That'll be thirteen dollars and 13 cents," the Hindu gentleman says to me in broken english.  I look up at the vid screen, and see that, yep, $13.13.  Oh my Lord, we're going to lose by 20 points today.... Then, As I walk back to the car, I kid you not, there are TWO MORE BLACK CATS in this Circle-K lot, with one of THOSE cats literally sitting on my HOOD, getting warm.  Nope, not 20 points.... We're going to lose by THIRTY, I think to myself, as I get into the car, honk the horn to get the last black cat off of my hood, and drive what I'm guessing is the last 1.3 miles to Ben's house.

I'm surprised I didn't break someone's mirror during the trip to tie all of the other events together into a nice yellow-and-black Steeler bow tie, but hey, I'm already here.  Let's see the game.....

I get down to Ben's house (keeping my travails to myself), pull up a seat, and watch the game.

The result?  The Chargers win the game, 17-13, with a last-second goal-line stand.  My beloved Chargers went to the Super Bowl.  (Don't ask me what happened.)
I've been superstition-free ever since.

I don't look for cracks in the sidewalk any more, I don't jump over the chalk line on the softball field, I don't have "lucky underwear," or anything like that.  Hell, even my two other favorite teams, The Anaheim / L.A. Angels and the NHL's Los Angeles Kings have even won titles since then.  I'm free.

Oh, yeah..... when I'm shooting the dice at the Craps table at the Orleans last year for our Aces Casino "Vegas Getaway," I talk to those dice like they can hear me.  "Come on, baby -- One Time."

That's not being superstitious.  Hey just in case they're listening.  You never know....

The moral of this story -- As all of us here at Aces Casino know three things -- 1) We are, without question,  the top Orange County casino party company  in SoCal.  2)  Superstitions are just a weight around your neck... Dump all of them, and you'll feel SO relieved.  3) Talk to the Craps dice, just in case.  Remember all of that hocus-pocus blarney about the dice storing up "positive energy?"  I'm not takin' any chances.  Superstitions ARE a bunch of hooey, but I'm not pressin' my luck, EVER.