Aces Casino Blog: From The "People Are So Creative" Files: Here Are Some Internet Postings That Made Us Laugh Out Loud (Which Is ALWAYS a Good Thing!) 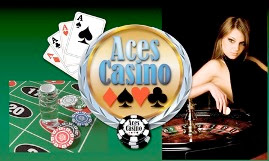 It seems like every time we check in with the powers that be over at Aces Casino, they're having a great time.  No doubt, one big reason this Orange County casino party company is always in such a jovial mood has to stem from their well-known company motto created some 20 years ago....

Yeah, pretty much.  Hey, when you're known for puttin' on award-winning Vegas Night casino parties and having fun doing it, you tend to enjoy your job.  (Ed. Note: It's easily the best second-job you can have, by FAR.)

So, since we're having so much fun and wanted to post an extra blog entry to start off the post-fireworks frenzy of the Fourth of July, we thought we'd post our three favorite pictures from recently-added Facebook entries to share with the throng (7?) of Aces Casino Blog "Frequent Flyers."  You know who you are.....

The first one comes courtesy of our favorite place to steal quality content from... Scott Roeben, he of the "Pulse Of Vegas Blog," who put this on my Facebook page about a week ago...

Post-game injuries include stepping on those lil' green houses.  Ouch.  I HATE that.

Next, we have a story that'll interest those of you that believe in ghosts.....Dianne Carlisle from Ohio said her 4-year-old granddaughter snapped a picture of two ghosts allegedly having sexual relations in her living room. According to Carlisle, she found the photos after her granddaughter had been playing in the living room with her cellphone. This isn't Carlisle's first encounter with ghosts, as she claims to have received a voice mail from her diseased sister. Screen-grab from video posted by WJW-TV

Don't ask me what I think it looks like.

And, last but not least, It's an "Epic Fail Compilation," circa 2013, straight from the YouTube video vault.  Go ahead, try and keep track of how many of thse videos sound like they're from some other country besides the USA.... (Ed. Note: I'm glad we're not the only country failing out there.)

That's all for now... We here at Aces Casino hope you had a very safe and sane Fourth of July.  We're back at the blog on Monday with another edition of the "Aces Casino College of Casino Game Knowledge."  See you later!
Posted by Aces Casino at 12:00 AM