Aces Casino "News You Can Use" Blog: Our Top 3 "Amazing, Amusing And Confusing" News Stories

Anyone that reads the Aces Casino Blog on a regular basis knows that there are two things that we just can't get enough of -- One is showing just how hard we strive to continue our reign as the #1 Orange County casino party company in southern California, and secondly, we just LOVE when we find those internet "golden nuggets" of news -- goofy, laugh-out-loud news stories that are just too good to be true (but are).  It's these two diametrically opposed ideals that the Orange County Register must have taken into account when they deemed us the best Orange County casino night company around while simultaneously ordaining us with the tile of "the Kings of professionally irreverence," a title that we so proudly wear.

Yes, the Aces Casino team LOVES finding these "news nuggets," and any time we find three good ones, it must be time to head back into the Aces Casino "news room" and share our latest finds with our discerning public  here in our parakeet paper.  So, without further blather, here are the latest discoveries in our "Aces Casino Top 3 News Stories That Caught Our Eye...."

Right off the bat, we have a winner in the "Gotta hand it to you, you got a lotta guts to go in and tell these people what happened" award....

Seven hair stylists who work together at an Indianapolis salon spent Wednesday not cutting hair but in a nearby courtroom battling over a $9.5 million jackpot.  The controversy began Feb. 16 when the women from Lou's Creative Styles pooled their money to buy several lottery tickets.

The woman who purchased the tickets, hairstylist Christina Shaw, has maintained that the winning ticket in the Feb. 16 Hoosier Lotto drawing was one she bought for herself, not one of the tickets she purchased for the group.  "She came into the shop on Monday after the Saturday night drawing and she said, 'We didn't win but I did,'" said the group's attorney, Scott Montross. 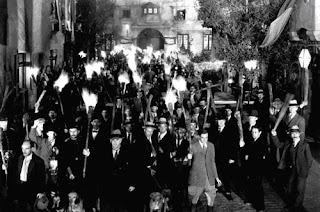 Yeah, I don't think the other stylists are taking this very well.

Shaw, who has since quit her job (Ed. Note: Wow, THERE'S a surprise!), did not attend the hearing, and her attorney didn't take part. Wednesday's hearing dealt solely with whether the $9.5 million payout should be frozen until the court can make a ruling on ownership. Welch issued a temporary restraining order last week barring the Hoosier Lottery Commission from awarding the prize money to Shaw for 10 days.  Hey, good luck with your necessary entry into the "Lottery Winners Witness Protection Program," Christina!

We love this one so much, not only because of the casino party company tie-in, but also because we can now award the prize for the wildest casino party theme EVER....

A casino night at Central Michigan University will feature "5 Card Foreplay Poker" and "STD Bingo" where the winnings are condoms, the university said.

The private company running Condom Casino Night, scheduled for Wednesday at the Mount Pleasant, Mich., campus, said it would be a "highly interactive" program "arousing college campuses around the country," the conservative CampusReform.org website said.  (Ed. Note: Yeah, no kidding.)

CMU outsourced the event to the private company, the website said.  In a video, a spokesman for the Condom Casino Tour says organizers try to avoid topics such as morality in its programs.  The tour "doesn't talk about morals, we don't talk about ethics," the spokesman said.  (Ed. Note: Gee, what a surprise.)

University administrators didn't respond to CampusReform.com's inquiry about how much the school was paying for event, but a tour representative said the cost ranges from $2,500 to $3,500.  "The Program Board has decided to bring that is a poker-room type thing ... prizes are going to be different kinds of condoms," a representative from the Campus Program Board, which is paying for the event, told CampusReform.org.

The video says it all.  I love the part about the city's stance on whether to help the poor guy.  And, apologies to those Aces Casino Blog viewers that didn't immediately see the vid below.  Third-party non-sense, you know.

You can't fight City Hall, it appears.  Your property, your problem.

That's all for this edition of the parakeet paper.  We'll be back next time with another scintillating blog entry.  Also: We should mention that our event calendar here at Aces Casino Entertainment, A.K.A. the top orange county casino party company in SoCal, is beginning to fill up all the way through July, and the "December Rush" will be coming soon!  Give us a call at 562-943-5693 to set up YOUR next appointment with our casino event staff, and let's host a casino night event for your group this spring/summer.  (Ed. Note: Without the condoms and the tumbleweeds, of course.)