Aces Casino Blog: Closing Out March With Another Edition Of "Where Did They Get That CRAZY Name?"


See?  I knew things were going to go downhill in a hurry, but we asked.  SPAM, that long-time staple of Geo. A. Hormel & Co., was originally registered as a trademark in 1937, being a conflation of “spiced ham”, which was the original name.  The name “SPAM” was chosen from entries in a naming contest at Hormel.  Specifically, the name was suggested by Kenneth Daigneau, who was the brother of a then Hormel Vice president.  He was given a $100 prize for winning the naming contest.   He probably had his choice of taking the money, or getting a lifetime supply of SPAM.  We're guessing he took the money.  I like the name that finished last in the contest - "Something Posing As Meat." 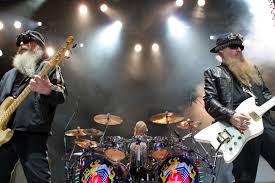 Well, if you go all the way back to the late 1700's, you can point the finger at the man who "invented electricity" -- None other than Ben Franklin.  That's the good news.... Here's the BAD news; Franklin’s proposal of something like daylight saving time was written as a joke.

In a comedic letter he wrote, An Economical Project (published in 1784), ”to the authors of the journal of Paris”, Franklin mentions something like daylight saving time. Although, instead of changing clocks, he suggested ringing church bells and firing cannons, among other things, as the sun rises to maximize the amount of time people would be awake during times when the sun is providing free light.  The letter was meant to be a satire, rather than actually suggesting these changes be made.

"I hope they know I was just kidding... It IS funny, though..."
We were guessing that whomever put this question in the ol' Aces suggestion box  must have had a genuine hatred for the suggestion of implementing DST, so, to that end, we thought we'd include some of the better anecdotes that came to be as a result of the ol' DST...


Well, that'll do it for another month of irreverent blogging, my friends.  We'll be back in April with another great idea that we've plagiarized from the employees of Aces Casino, the Orange County casino party leaders, and placed right here free of charge in the infamous Aces parakeet paper.  Have a good weekend, and watch your back on April Fools' Day!