Aces Casino Blog: Sometimes, There Are Just Some Dumb Trivia Questions That Need To Be Answered

Here at Aces Casino (A.K.A. the top Orange County casino party company in southern California), we take pride in being able to correctly and professionally answer all kinds of questions that deal with what we know best - "The Casino Night Party Scene."  Heck, we've done it here on our "parakeet paper" blog many times, and, unless we're mistaken. we were (I believe) scheduled in this edition of the "Blog" to deal with the history of one of the more popular games in the world -- Blackjack.  A great idea, one might say.

Another "pride" thing popped up in the Aces Casino offices..... It seems that we ALSO take pride in knowing the answers to some of the goofiest trivia questions in the world, stuff that only the minds of the nut-cases here at "the Casino" could POSSIBLY come up with.

Well, three such questions have been floating around the offices in the last week, so we thought (Ed. Note: Well, THERE'S a first!) that there couldn't be a better time to end the debates in regards to these interesting, but useless conundrums taking up so much time at the proverbial water cooler.  So, without further fanfare, here is what's been on the minds of the most eclectic, yet casino-night-gifted team of crazies here at the best Orange County casino party company around -- Aces Casino.... (Ed. Note: This goofy trivia jaunt will end up causing the postponement of the regularly-scheduled blog entry, which will now be seen next Monday.)

#1 -- Did Hamilton Burger ever win a case against the great Perry Mason?

Immediately, you can see what's important to our staff when they're not out entertaining the masses in southern California.  Personally, I never saw Perry Mason (played so wonderfully by Raymond Burr) lose a case on the show named after him, but we needed to look no further than the oft-used "Wikipedia" to find the answer -- Yep, The shows' prosecuting attorney (played by William Talman) DID beat the great Mason TWICE -- once in "The Case of the Terrified Typist" and again in "The Case of the Deadly Verdict."  Here's the link, take a look.  This one cost some of our employees quite a few lunches, including me..... 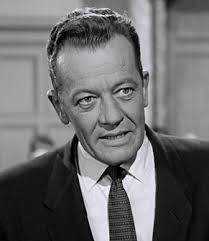 #2 -- Did the "Doc Hudson" character really make a cameo appearance in the movie, "The Incredibles?"

Yeah, I paid off on this one, too.  I won't be eating lunch for over a week.  Surprisingly, yes, Doc Hudson DID appear in the "Incredibles" film, for some reason.  Here's the proof that I demanded, before paying off at 2-to-1...

OK, yeah, that's him on the left.  Can't trust Pixar for nuthin'.

Who WATCHES for this stuff?  I gotta quit betting with these piranhas... (laugh)  This scene appears near the end of the movie, as the family tries to defeat Syndrome's "Omnidroid."  Seems like the fine folks over at Pixar studios have quite a few "traditions" when it comes to their films.  Pixar now sees to it that almost every film they produce has a character from an upcoming film embedded somewhere in the presentation.  Dang, I should have known..... Here's the link to that lil' ditty....

#3 -- If Man evolved from Apes, why do we still have Apes?  Are some of them just slower to evolve?

Thankfully, I never got involved in this one. 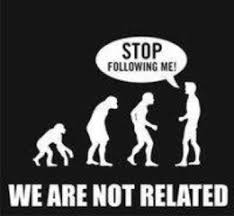 That's all for now, my friends.  Now that the gang from Aces Casino has gotten this out of their system, we'll begin our examination of the origins of some of our favorite casino games - unless some more of the Orange county casino party company crazies decide to hijack the blog again.  (Ed. Note: Ain't gonna happen.)  We'll see you on Monday with the first part of our "Origins" edition... See you then!  Hey- And DON'T forget your sweetheart on Valentines Day!