Here at Aces Casino, also known as the Orange County Casino Night Party Kingpin, we tend to get, well, shall we say, "A tad sidetracked," when it comes to office work.  (Ed. Note: Gee, what a surprise.)  OK, maybe we got a LOT side-tracked.  Hey, we're allowed!  That, and deleting the files here at Aces Casino that dealt with this particular blog sure wasn't a good idea, now, WAS it?

Agh....Well, no sweat...It looks like the Orange County Casino Party guys are back on-line.  And, we return with three thoughts as we test the internet waters, to make sure that we really ARE back....

#1 -- Fantasy football can drive you CRAZY!  One injury, and you're 1-and-3, and already facing must-win games.  (I speak from personal experience here.  Grin)  Now that we're back up and running, we'll post some fantasy football propaganda tomorrow.... Oh, and rumors that I purposely twisted the offices' computer system to stop the spreading of info about my awful fantasy team or to get out of blogging altogether is a lie, or you can't prove it - One of those two.  I'll know which, in about a week.

#2 -- It's early October, and the Aces Casino party calendar is filling up.  We'll be firming up dates with all of our regular clients this week, and into next week, but we're ALWAYS looking for a new client or two that would LOVE to have the elegance of a full-blown casino supplied by Aces Casino at their next holiday gathering.  Give us a call right away, and we'll get you on our event calendar.

#3 -- Take from this Los Angeles Casino Night guy -- Ashton Kutcher ain't gonna work as the new "man" in Season 9 of "Two and a Half Men."  He just isn't funny.  That show's supposed to be funny, right?  Someone tell Chuck Lorre it ain't, or I'LL have to do it, and we all know how well THAT went over at the CBS gig two years ago. 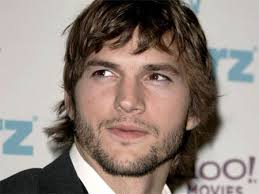 Not funny now, not before, not EVER.

OK, friends, that's all for now.  We'll be back with our regular drivel starting next week.  From all of us here at Aces Casino, your orange county casino party giant, thank you for your support and your business, and we'll see you at your next event!