Anyone that knows the delivery boundaries of Aces Casino, the Orange County casino party leaders in SoCal (Bakersfield to San Diego, and BEYOND, believe me), knows that we'll go anywhere.

And, just to prove that point, it should probably be mentioned that that same Aces Casino party team will be taking their Orange County casino night crazies to Woodland Hills tonight for a special surprise birthday party.   I can hear the loading team on the platform discussing the event as we write this lil' ditty, and what they're currently yakking abvout caught my ear...

Which, upon hearing THAT excited utterance, as the attorneys like to say, I abruptly ceased writing this Non-Pulitzer-Prize-Winning prose, and put the ultimate "86" to what these two delivery guys were thinking of doing --

They were thinking "Kardashian Road Trip," without a doubt.

Those that frequent the Aces Casino Blog drivel know that we have taken, shall we say, a few "liberties" when it comes to torching Team Kardashian and their clothing outlet called 'Dash,' simply because, as we think back to all of their years of the cable-TV show that has made them "famous," they're an interesting target.  I mean, who HASN'T turned off the set after watching their TV show and muttered under their breath, "Holy SMOKES, I'm sure thankful that isn't MY family!"

It's the Kardashians.  We GOTTA go. 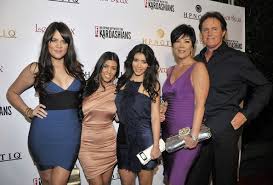 So, you heard it here first, my casino party friends.  We're leaving earlier than normal for tonight's surprise birthday party, and going to see "Dash" for ourselves.  We usually blog about Aces Casino on Monday and Friday, so check back with us later in the week, and we'll spill all of the blow-by-blow highlights of what happens when the Orange County casino night leaders met up with the nation's most qualified professional celebrities in the great (?) city of Calabasas.